GRAN Castillo, an enjoyable way to feel a truly Spanish experience, from the history to the pleasure. With its rich taste and sweet nature, the wines of Gran Castillo create a thoroughly enjoyable experience. They can be enjoyed both alone and with friends.

During the Middle Age Spain lived the longest period of war specially between Christians and Muslims. This period determined the construction of an innumerable set of castles and fortresses.

“Castilla” was one of the medieval crowns that founded the Kingdom of Spain.
The name of “Castilla” means etymologically “Castles” in allusion to the fortifications raised during the Reconquist (period of 700 years in which Christians fighted Muslims to recover their Spanish land).

Today Spain is the country with more medieval castles and fortresses.

Castles, “Castillos”, were a symbol of power and also a place where life was enjoyed. Under their protection music, literature and painting were developed. Behind the walls the seed of the art, culture and knowledge grew.

GRAN Castillo remembers these Spanish castles source of the creation and development of a country.

GRAN Castillo is a wine with a strong Spanish character that wants to recover the strength of a castle combined with the sweetness of the art that was generated in their interior.

GRAN Castillo is born next to the coast, between Requena and Valencia, in a land that once belong to the ancient Castilla Kingdom. This land combines the millenary wine culture, the fabulous castle history and the wonderful effect of the Mediterranean climate. 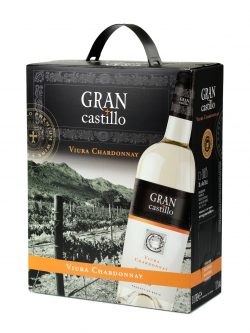 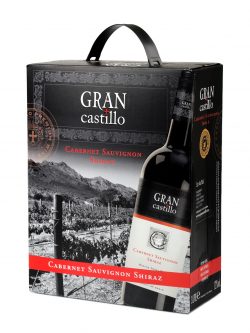 You must confirm that you are at least 18 years old.